I met him on the cliffs
Of twin rocks, oregon
He was sittin’ on his bedroll
Lookin’ just like richard brautigan
I thought he was an old man
He wasn’t 37
He said he’d been ridin’ trains for 15 years
Drawin’ portraits to keep his belly full of beer
And it looked to me like he’d died
And missed the plane to heaven
But he was a nice ol’ guy
For a younger man
He had a bottle of mad dog
He held in his hand
That he waved around a lot
To make his point
And i listened as he told his tales
Of wine and women and county jails
And we finished off that bottle
And smoked a half a joint

He said “i came here to watch the sun
Disappear into the ocean
It’s been years
Since i smelled the salty sea”
He turned his bottle up and down
And i saw him lost
And i saw him found
He said “i don’t know what i’ve been lookin’ for, maybe me…”

Well, i told him i too had been travelin’ around
Livin’ out of my van from town to town
Playin’ for tips and whatever records i could move
I said “i dont reckon i’ll be makin it big,
You know it’s hard to get rich
Off a tout of coffee house gigs”
And he said “yeah, but ain’t it a blessin’
To do what you want to do”

I told him i pulled off here
To watch the sun
Disappear into the ocean
’cause it’s been years since i smelled this salty sea”
And he turned his bottle up and down
He saw me lost and he saw me found
And i said “i dont know what i’ve been lookin for, maybe me”

I said “it’s getting kind of late
Better be heading down the interstate
Can i give you a lift
To san francisco bay?”
He said “nope, i think i’m just going to sit here and rest
And maybe wait on the tokyo-montana express
I might just lay here and dream my life away

I met him on the cliffs of twin rocks, oregon
He was sitting on his bedroll looking
Just like richard brautigan
Just like him 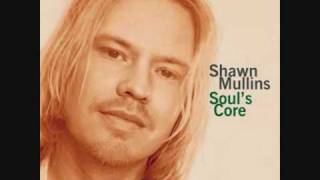 Aaron Tippin – There Ain’t Nothing Wrong With The Radio

There Ain't Nothin' Wrong with the RadioWatch this video on YouTube ...

Tim Mcgraw – May We All

Florida Georgia Line - May We All ft. Tim McGrawWatch this video on YouTube ...

Ronnie Milsap – There’s No Getting Over Me

Ronnie Milsap - (There's) No Gettin' Over MeWatch this video on YouTube Ronnie Milsap: There\'s No Getting Over Me Lyrics Well you can walk out on me...

Steve Wariner – I Should Be With You

Tim McGraw - Truck YeahWatch this video on YouTube Tim Mcgraw: Truck Yeah Lyrics Got lil’ wayne pumpin’ on my ipod Pumpin’ on the subs in the back of...

Brooks & Dunn – My Heart Is Lost To You

Craig Morgan - This Ole BoyWatch this video on YouTube Craig Morgan: This Ole Boy Lyrics She Got Her Smile On, Dog’on Nothing In The World’s Wrong Rolling...