Cledus T. Judd: (she's Got A Butt) Bigger Than The Beatles Lyrics 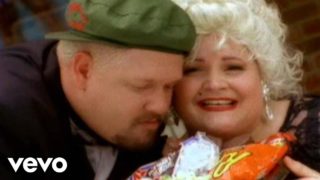 Cledus T. Judd – (she’s Got A Butt) Bigger Than The Beatles on Youtube

Faith Hill – Joy To The World

Collin Raye – In This Life

Collin Raye - In This LifeWatch this video on YouTube Collin Raye: In This Life Lyrics For all i’ve been blessed with in this life There was an emptiness in me I was imprisoned by...

Brad Paisley – Mud on the Tires

Brad Paisley- Mud On The TiresWatch this video on YouTube : Mud on the Tires Lyrics I’ve got some big newsThe bank finally came throughAnd I’m holdin the keys to a brand new...

Alan Jackson – Who Says You Can’t Have It All

Zac Brown Band – Whatever It Is