Well, the pressure’s down, the boss ain’t here,
He gone north for a while.
They say that vanity got the best of him
But he sure left here in style.
By the way, that’s a cute hat,
And that smile’s so hard to resist
What’s a sweetheart like you doin’ in a dump like this?

You know, i once knew a woman who looked like you,
She wanted a whole man, not just a half,
She used to call me sweet daddy when i was only a child,
You kind of remind me of her when you laugh.
In order to deal in this game, got to make the queen disappear,
It’s done with a flick of the wrist.
What’s a sweetheart like you doin’ in a dump like this?

You know, a woman like you should be at home,
That’s where you belong,
Takin care of somebody nice
Who don’t know how to do you wrong.
Just how much abuse will you be able to take?
Well, there’s no way to tell by that first kiss.
What’s a sweetheart like you doin’ in a dump like this?

You know you can make a name for yourself,
You can hear them tires squeal,
You can be known as the most beautiful woman
Who ever crawled across cut glass to make a deal.

You know, news of you has come down the line
Even before ya came in the door.
They say in your father’s house, there’s many mansions
Each one of them’s got a fireproof floor.
Snap out of it, baby, people are jealous of you,
They smile at your face, but behind your back they hiss:
“what’s a sweetheart like you doin’ in a dump like this?”

Got to be an important person to be in here, honey,
Got to have done some evil deed,
Got to have your own harem when you come in the door,
Got to play your harp until your lips bleed.

They say that patriotism is the last refuge
To which a scoundrel clings.
Steal a little and they throw you in jail,
Steal a lot and they make you king.
There’s only one step down from here, baby,
It’s called the land of permanent bliss.
What’s a sweetheart like you doin’ in a dump like this? 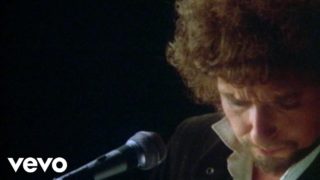 Alan Jackson – Too Much Of A Good Thing

Alan Jackson - Too Much Of A Good ThingWatch this video on YouTube ...

Miranda Lambert - Famous In A Small Town (Video)Watch this video on YouTube ...

Vince Gill – When I Call Your Name

Willie Nelson – Bubbles In My Beer

Willie Nelson - Bubbles in My BeerWatch this video on YouTube Willie Nelson: Bubbles In My Beer Lyrics Tonight in the bar alone i’m sitting Apart from the...

Shooter Jennings – The Deed And The Dollar

Brad Paisley – Me Neither

Brad Paisley - Me NeitherWatch this video on YouTube : Me Neither Lyrics Darlin’ I’ve been standin’ here just watchin’ you all nightAnd I think...