Joseph had a coat of many colors
Joseph had a closet full of dreams
That told how he would one day rule his brothers
And tore his life apart right at the seams.

Cause joseph’s brothers sold him into slavery
And sent him on his way to egypt land
And the day the dreamer started out for egypt
The nightmare of israel began.

But pharaoh got word about the dreamer
’cause pharaoh took to dreamin’ on his own
Pharaoh took a likin’ to the dreamer
Set him free and called him to the throne.

The dreams that he interpreted for pharoah
Told about the famine yet to come
He rationed out the food to pharaoh’s kingdom
So there’d be enough for everyone.

The dreamer sent a message to his father
Said i’m alive and well in egypt land
Said he’d made a place for them beside him
For them to come and share his dreams with him.

Joseph had a coat of many colors
Joseph had a purpose to pursue
Joseph had forgiveness for his brothers
The dreamer had a dream and it came true.

Yeah, joseph had a dream and it came true… 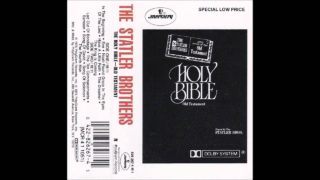 Toby Keith – Beer For My Horses

Toby Keith - Beer For My Horses ft. Willie NelsonWatch this video on YouTube ...

Brooks And Dunn – I Still Believe In You

Trace Adkins – I Wanna Feel Something

Reba Mcentire – There Ain’t No Love

Reba McEntire - There Ain't No Future In This.aviWatch this video on YouTube Reba Mcentire: There Ain't No Love Lyrics As we sit out on the back porch And the...

Billy Ray Cyrus – Back To Tennessee

Connie Smith – Crumbs From The Table

Crumbs from the TableWatch this video on YouTube Connie Smith: Crumbs From The Table Lyrics Lord. bless your children who walk in perfection Who’ll manage to...

Tim McGraw - It's Your Love (Official Music Video)Watch this video on YouTube Tim Mcgraw: It's Your Love Lyrics Dancin’ in the dark, middle of the...