Bill fries says that this is based on a true story
From the late ’60s, when a band of hippies rolled into
Telluride and decided to stay.

One day about four or five years ago
We is settin’ at the conoco station
Kickin’ tires, and swattin’ flies,
And discussin’ the state of the union
When right out in front of the baptist church
Come a big ol’ purple school bus
Had astrological signs upon it
And thirty-five hippies and dogs inside
About half of ’em went for the courthouse lawn
And them dogs commenced on the fireplug
Rest of ’em set there starin’ at us
And i says, “roy, go get your flit gun”
He says, “which is the hippies? and which is the dogs?”
I says, “beats the hell outta me, roy.”
What they was, was a bunch a’ them crispy critters
And their leader was a space cadet

He says, “sagittarius, we has arrived.
“prepare to disembark, men.
“get the incense goin’ and the sitar out
“we gonna camp in the city park, man.”

I says, “boys, let me explain the situation to ya.
“a: you’re gettin’ me down
“and b: we got us a leash law here
“and c: you in the wrong town.
“you drop one string a’ beads in that there park
“and you gonna see a whole lotta stars.
“you got fifteen seconds to get out of town, boys,
“or we gonna blow ya ta mars.”

Well, they all got back in the purple bus
And proceeded to the city limits.
Then the telephone rang, was the swimmin’ pool
Says a mess a’ wild critters was in it!
So we all got in the marshal’s plymouth
(which is always at the conoco station)
Went flashin’ on down to the swimmin’ pool
To give them critters a citation

By the time we arrived, it was too damn late
Them critters is all had their pants down
Them dogs was tearin’ the bathhouse apart,
And they’s after the fish in the fish pond!
I says, “roy, you get the one in the silver t-shirt
“and i’ll get the rest with a net.
“we gonna have a jail full a’ naked crispy critters
“and a drip-dry space cadet.”

[you’ve watched the dukes of hazzard,
Haven’t you? c’mon, admit it; nobody’s looking.
Well, at this point in the song there’s a short interlude
Which resembles a car chase on dukes.
There’s banjo pickin’ and yee-hawin’ and a general
Sense of raucous abandon. oh,
Yeah, and a few dog barks. it’s round-up time at the swimmin’ pool.]

Well, we gave ’em hell, but we lost the war
’cause them critters outnumbered us
So they moved in and set up camp
And they lived in that purple school bus
Six weeks later, there was nothin’ in town
But eighty-four dogs and a head shop
Sellin’ dried up weeds, and sunflower seeds,
And astrological postcards

Yeah, critters took over the city council
And the dogs all barked their brains out
And the whole damn town was crispy critters
And the mayor was a space cadet 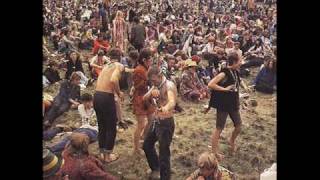 Waylon Jennings - I'm a Ramblin' ManWatch this video on YouTube ...

Carrie Underwood - Don't Forget To Remember Me (Official Video)Watch this video on YouTube ...

Danielle Peck – Isn’t That Everything

Steel Magnolia – Fast As You

Buddy Jewell – One Step At A Time